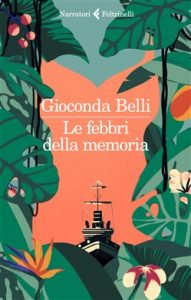 The year is 1847. Charles Choiseul de Praslin, a nobleman at the court of Louis Philippe I of Orléans, King of France, is accused of a crime of passion. At the suggestion of the King, who is a close friend, de Praslin fakes his own suicide and sets sail for New York. There, he meets the powerful magnate Cornelius Vanderbilt, who asks him to accompany him to Nicaragua. Entranced by the exotic landscape, the tropical vegetation, and the beauty of the country, and attracted by the idea that nobody would recognize him in that remote spot, he decides to make his home there. In Matagalpa, with its “eternal spring”, fate brings him into contact with a fascinating young widow, Margarita Arauz.
Le febbri della memoria is a novel of love and adventure, an intimate look at the challenge of re-inventing an identity and getting a second chance.